SALE! After the '22 black friday sale, the reg price goes up to 49.99, which we hope is still pretty generous for the sweat put into it :)

The idea was to assemble a core set of modules that could respectably comprise a modular rig in and of themselves. It includes what you'd need to play a melody and what you'd want to go on a deep dive into modular exploration. You'll find the capacity to go avant guard and the control to carve out that sound in your head. There are a handful of presets to get you started too. And, you don't have to worry about redundancy with other Playertron bundles, which get automatically discounted for things you own, so you might find this bundle a good way sample the assortment of module offerings.

Grab the Tone Generator (oscillator), Jadwiga Single Pole Filter, and Tempo-Indexed Envelope Generator (with included amplifier) to get up and running quickly. The oscillator offers assorted waveforms, allows amplitude modulation and phase modulation, can sync to copies of itself, and can even drop to LFO rates. The filter is a uniquely voiced resonant 1-pole design intended to be chained (4 units = a 4 pole filter), extensively modulated, offset into interesting slopes, and networked for innovative voicings. The envelope generator/amplifier offers attack/hold/decay/sustain/release and also includes settings for hold amplitude and a sustain crescendo rate. The AHDSR settings are modulatable, they send pulses outward at each stage to coordinate other devices, they can be scaled together by a BPM setting, and audio can be directly amplified (when the audio input is used, the jack switches from outputting the envelope voltage to outputting the amplified sound). Of course, you can use the 12S Amplifier instead, so that the output envelope can be additionally used for modulation. Also, the jacks can be switched for polyphonic connections at the flip of a switch.

If you're interested in using audio file samples, the 8VVW operates much like an oscillator once you load up a sample. It pitches the sample according to pitch cv input, delivers stereo outputs, and has (modulatable) start & end trim controls. You can set key ranges so that several devices can respond to different parts of the keyboard, you can use a pair of devices where one has "fade" and "offset" engaged so that the two units crossfade amongst each other, you can go with looped or one-shot behavior, there's a "sub" sampler that layers lower octave playback, and there's even a "spread" control to create supersaw-like results, albeit with samples. Also, there's a switch to replace the jacks with polyphonic connections (they must not be plugged in).

The Atmospheric Noise Source can be layered into these musical sources to add texture, and it's stereo settings can create the sound of rain or wind, from white noise to brown, with different levels of correlation (from L to R) and plenty of modulation options. The onboard amplifier/ master volume even lets you articulate it into percussive sounds or crashing waves.

Add the Brownian LFO to start modulating all of this with a wandering voltage that can evolve slowly or toss & turn violently to sweep filters, rewindow samples, vary oscillator volume, alter envelope responsiveness, and much more. The Dynamic Signal Transformer is there to mold modulation signals, stretching them up & down or shrinking them into submission and putting them in their place. The Correlator can be used like a macro dial where 6 controller knobs are turned in response to a master delivering trimmable, invertable, and dc biased outputs to any modulation destination. Similarly, the versatile Voltage Source Panel can be used to supplant modulation with bias (to add or remove voltage and recenter a signal), to measure throughput signals, or to freeze & cut signals off/on. The Addition Fader links into a mixer of any number of channels, so as things get complicated, it's your friend for organization and balance. The Third Rail on the other hand, provides 600 volts of ridiculousness. Try the Switchboard to quickly switch amongst various connectivities to test ideas or as an effect in itself.

The Laser Disc delay is like a delay whose insides are opened up for direct access, providing 8 delay lines whose timing can be individually set (or set together according to master bpm dial and individual subdivision switches). Since each has a dedicated input and output, you can network them in interesting orders, and since feedback is accomplished externally (connect an output back to an input), you can easily add effects within a loop and create interesting rhythms & topologies.

The MIDI Actuator then provides a way for your midi controller to deliver gate or trigger signals at the press of a key so that you can turn things on and off, or coordinate activities from a keyboard. The Parallel Logic Gate lets you add a layer of decision making, such as using the AND output to activate modulation when input 1 "and" input 2 are both above the threshold voltage.

The RGB notes panel and the Anamnesis Scope are there to help you visualize the complexity that you've brewed by this point, providing bursts of color to indicate modulation status and layered waveform images respectively.

When you decide to go polyphonic, the Poly Distributor can take a polyphonic pitch connection and split it into 8 mono pitch cv jacks for a set of 8 oscillators. The Poly Collector can gather all of those oscillator outputs back into a poly connection, which can then be fed to the Tempo-Indexed Envelope Generator in polyphonic mode (switch upper left jack before wires are connected). There's also the 116A Polyphonic Amplifier, which can even pan alternating voices and works excellently with the TIEG in poly mode.

And that's just a summary of the most straightforward connectivities (some presets are included to help too), but the whole point of the excessive jacks on these modules is to experiment with unusual and eccentric connectivities, so get to tinkering... 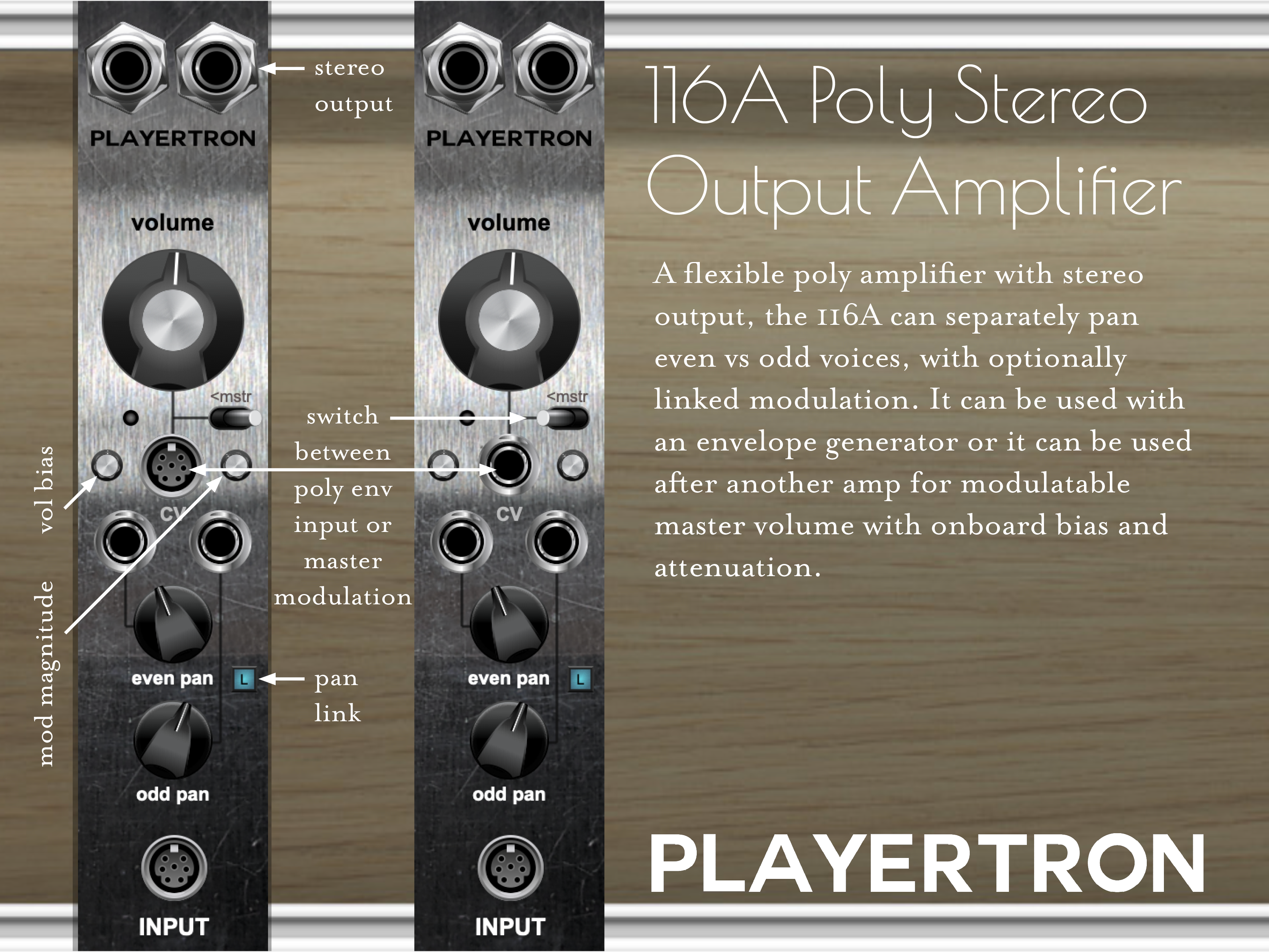 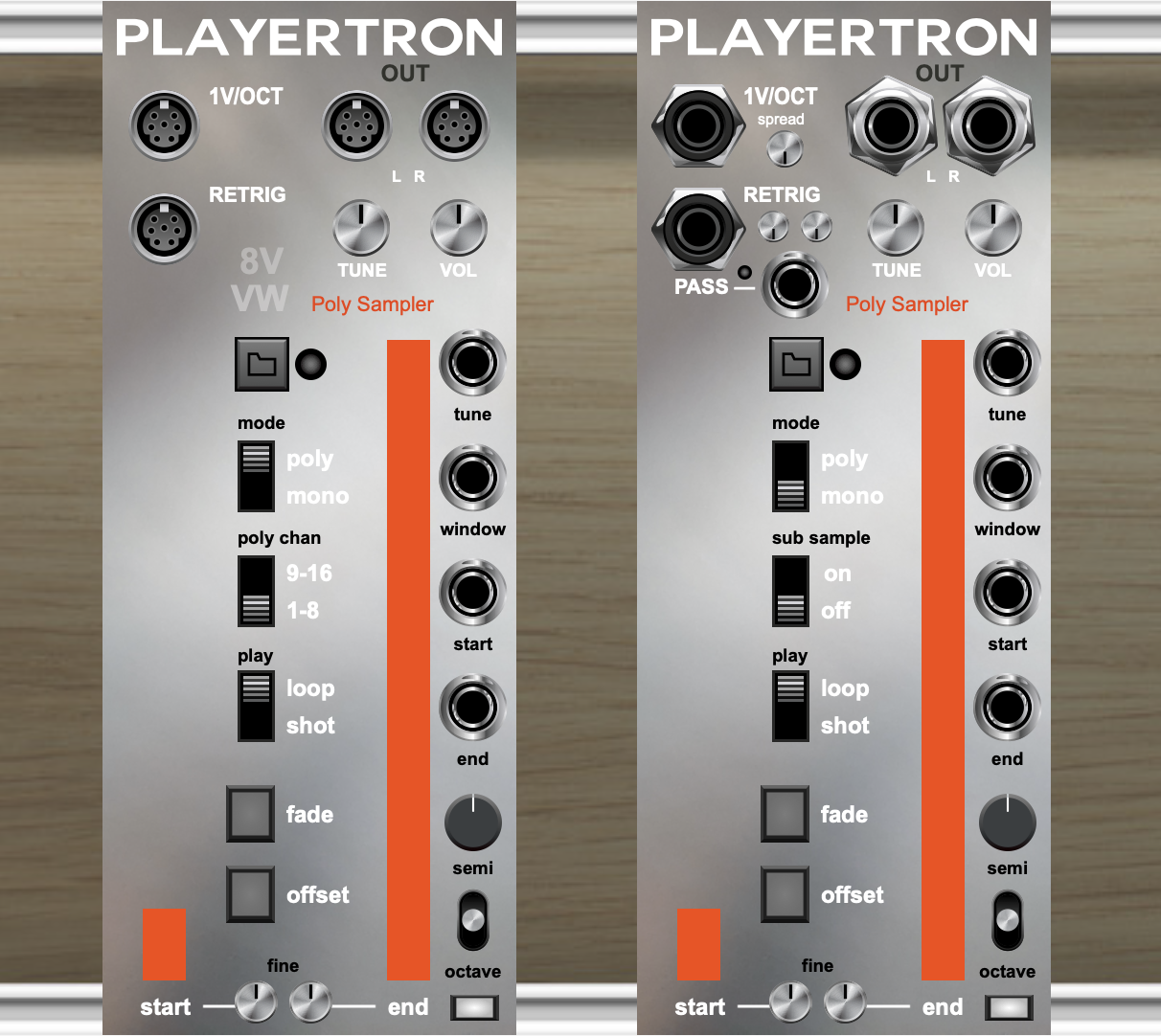 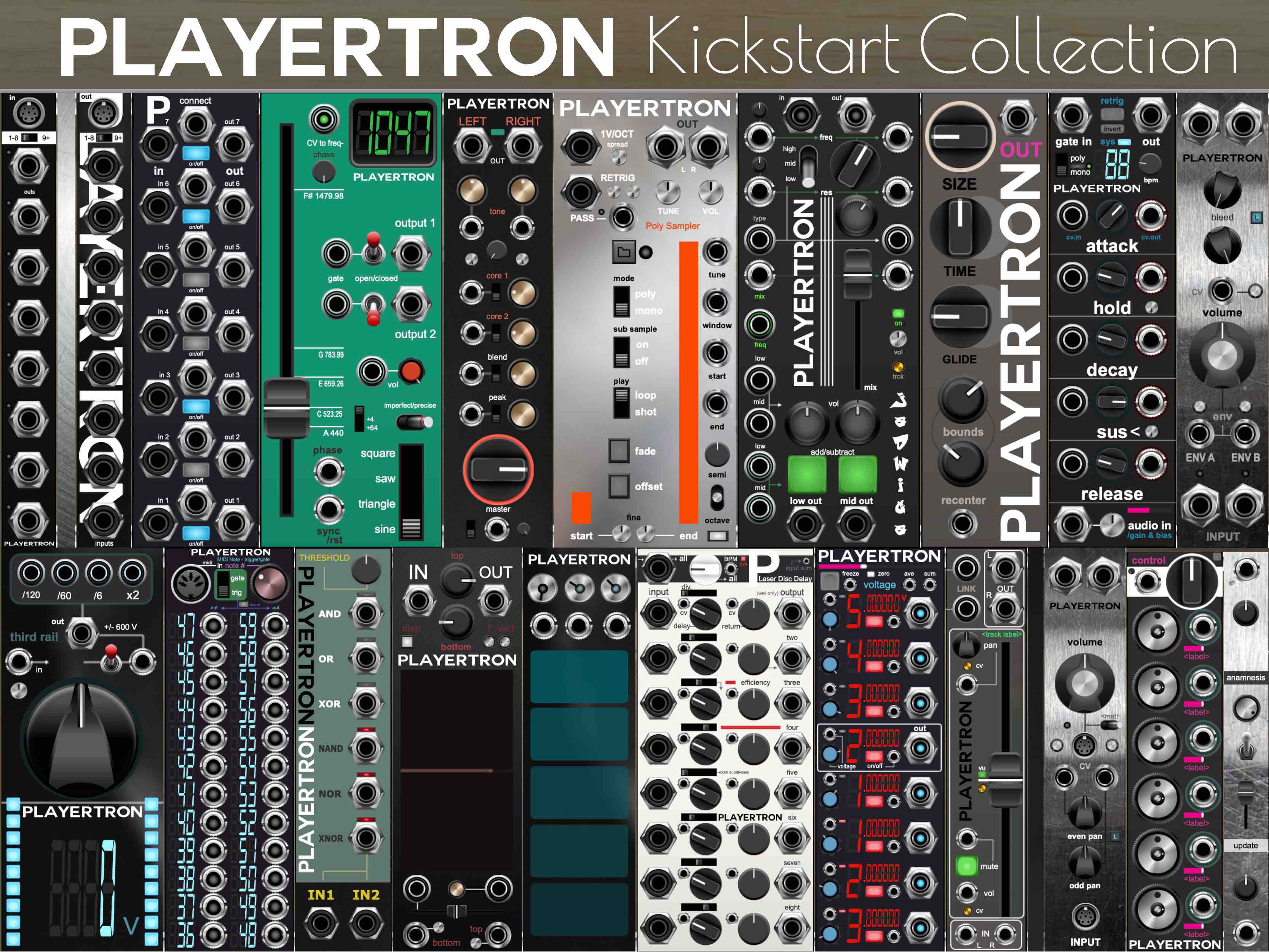 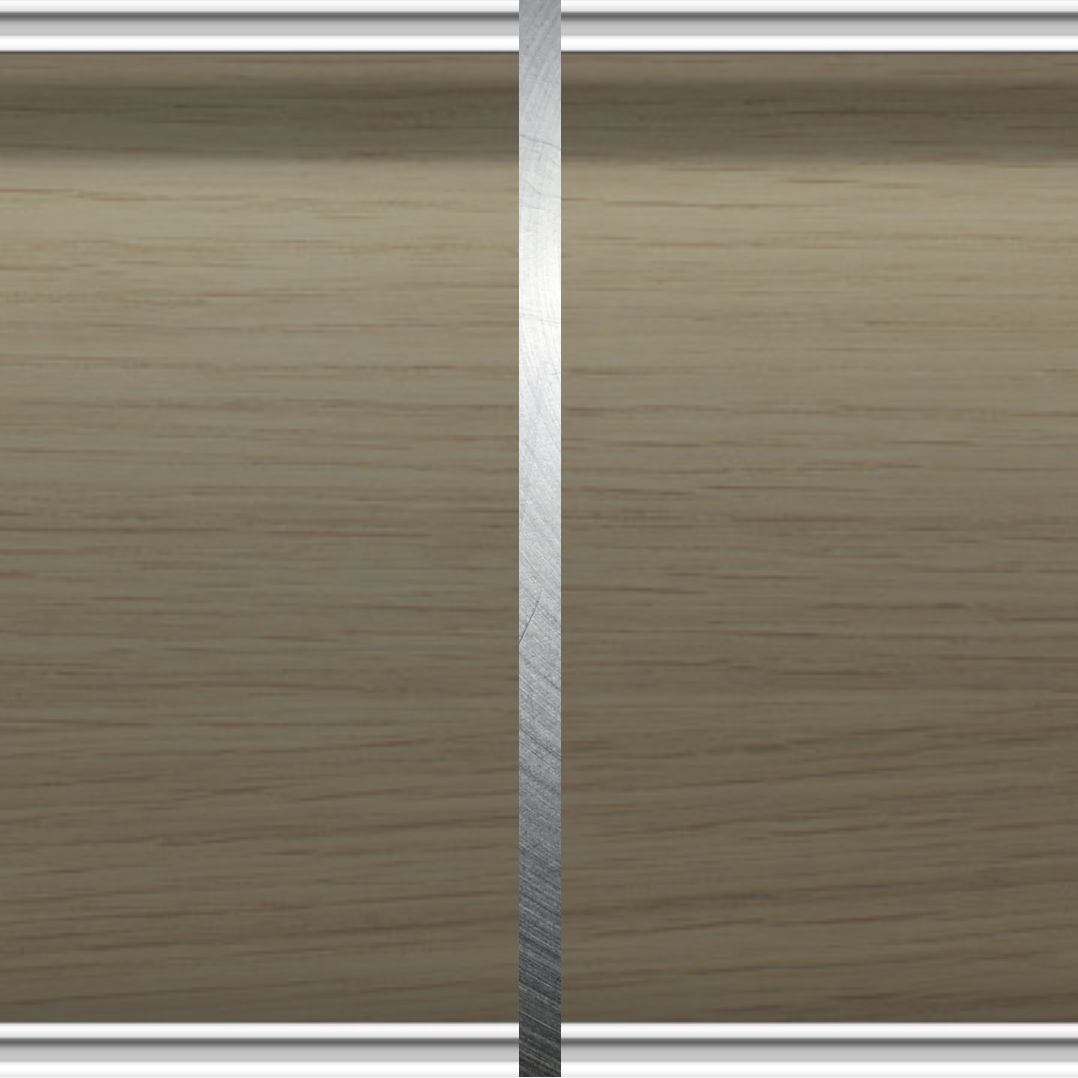 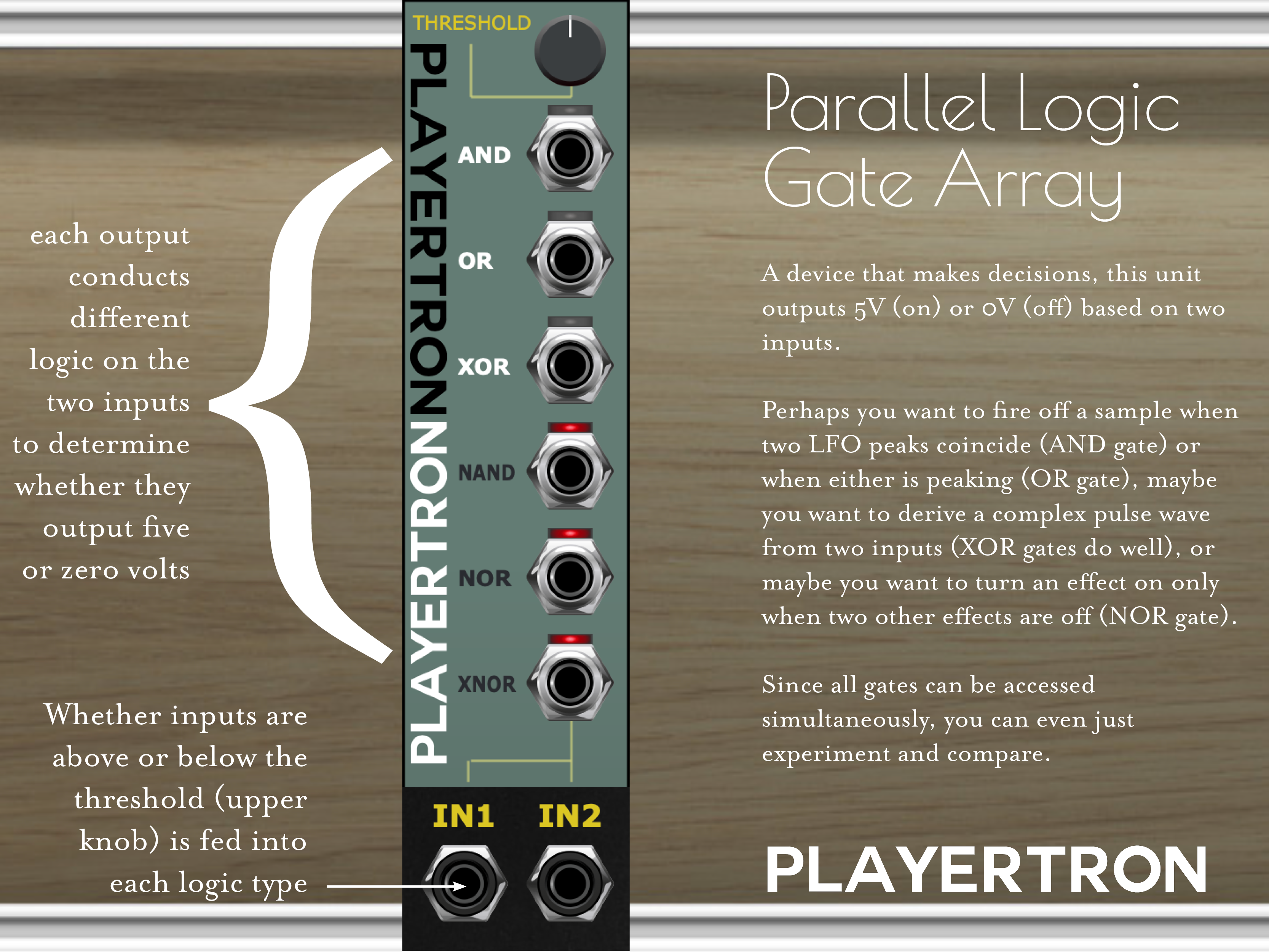 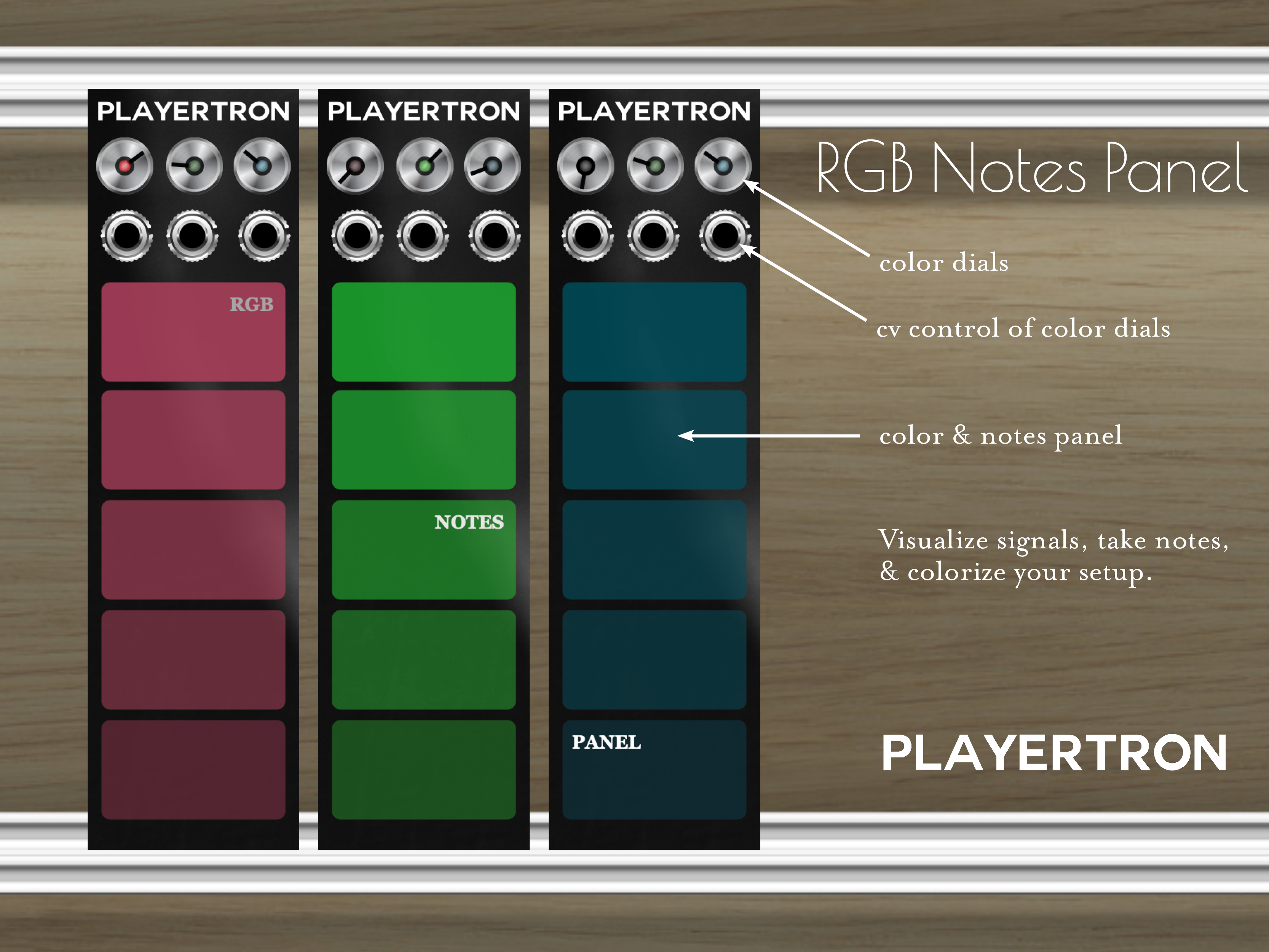